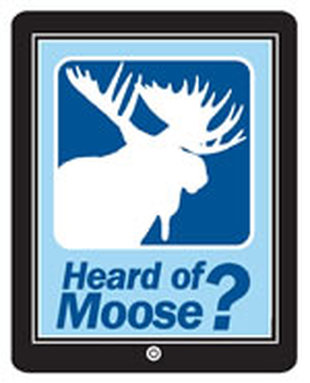 You may have heard the saying, “A burden heavy to one is borne lightly by many.” This is at the core of the Moose organization and what makes us unique in our Lodges, local communities and charitable “cities” that we support. Our roots can be traced to 1888 and the founder of the Moose, Dr. Henry Wilson, who successfully established the first Lodge in Louisville, Kentucky. In the early years, the Moose was to serve a modest goal of offering men an opportunity to gather socially, to care for one another’s needs and celebrate life together.
Since those early years, our fraternal  organization rapidly expanded to include valuable service to our communities, care for children and teens in need at Mooseheart Child City & School , a 1,000-acre campus, located 40 miles west of Chicago and care for our senior members at Moosehaven, a 70-acre retirement community near Jacksonville, Florida.With a combined membership of over 1,000,000 members, our presence is felt in over 1,500 communities across all 50 states and four Canadian provinces, plus Great Britain and Bermuda.The Moose organization contributes between $75 to $100 million worth of community service (counting monetary donations, volunteer hours worked and miles driven) annually.
In addition to Mooseheart and Moosehaven, the Moose fraternity’s Heart of the Community effort is multifaceted with internally developed programs like Tommy Moose. Tommy Moose aids in helping children overcome fears and anxiety during times of stress. Donated to law enforcement, fire fighters and other emergency workers, Tommy Moose plush dolls are presented to children in various traumatic situations. The external focus of our service is directed towards many worthwhile national charities, a few of which are: Special Olympics North America, Salvation Army, Safe Surfin’USA Foundation, Big Brothers-Big Sisters, and St. Jude.
In our local Lodges, you will find a wide array of activities to participate in both as an individual and as a family. From holiday parties, dances, sports, themed dinners and live entertainment, the Moose has much to offer.  Membership can mean different things to different people. You are the one determining what you want to get out of the organization, and what you want to give back.The Moose is about celebrating life together, serving those in need within our local community, supporting our children at Mooseheart and standing by our senior members at Moosehaven.

In early 1977 Clark (Cal) Mattice started gathering new Members to develop the Charter for Pahrump Moose Lodge. Due to illness he had to recruit some help to complete the task so he conned Robert (Bob) Chaffee into helping him. It took two and one half years to get the required number to Charter the Lodge.
Pahrump Lodge # 808 was instituted on January 19th, 1980 at what is now known as the Bob Rudd Community Center by Regional Director Robert E. Steffler. The Ritual Staff performing the initial enrollment was from Las Vegas Lodge # 1763.
Visiting Lodges Present for the ceremony were Las Vegas # 1763, Henderson # 1924, Pomona, CA., Long Beach, CA., and Hollywood, CA. There were about 200 people in attendance.
The first Board of Officers appointed by Robert Steffler were; Bob Chaffee- Governor, Charlie Delight- Past Governor, Gene Miller-Jr. Governor, Don Christina- Secretary, Don Von Fossen- Treasurer- Jason Hart- Prelate and Bruce Wood, Fred Tellier, and Charles Whitney as Trustees. Don Christina had to resign as Secretary early on so Bob Chaffee resigned as Governor to take on that responsibility. Gene Miller was elevated to the Governor's position and became our first past Governor.
Our first building was rented from Gene Bunch, it was formerly Gene's Drive In. Our first paid employee was Dea Ray Ramsey who retired on April 1st, 2009 after having served our Lodge for 29 years.
On August 22nd, 1981 Pahrump Lodge was honored with the institution of Pahrump Chapter # 1141, Women Of The Moose. The first Senior Regent was Rita Ann Slutz and the first recorder was Mary Jane Dysert-Mock.
In our first years we were faced with many problems that go along with growing pains. We had a piece of land donated to the Lodge but the neighbors did not want the Lodge located there. Eventually we acquired the current location and began raising funds to build our current building. Carl and Mary Prouty were very helpful in this endeavor as they fixed lunches daily to help raise funds. Everything they used was donated by the Membership. This group of volunteers became known as the Lunch Bunch. It is still in place in our Lodge today.
The building of our current Lodge Home transpired in 1986 and 1987 with the Official Opening in July 1987. Contractors involved were Wulfenstein Construction, Bolling Construction, Weber Concrete, Stuart Electrical Services, and General Contractor David Hornaback. Building coordinator was Andy Purcell and Administrator Mel Walser.  All of the above services were donated along with many hours donated by the Members to complete the building. The roof was completed by Lloyd Elliott Roofing Company at a cost of material only.
Over the past Thirty Years we have had our ups and downs like any organization sees as it comes of age. Our Membership has been an ever stable part of our many successful events over the years. It is the continued dedication to the service of God, Country and Fellow man that makes our Lodge such a great and wonderful place. Our efforts to help support our Children at Mooseheart and our Seniors at Moose haven is the internal Community Service glue that holds us together and makes us strong.
Our remaining Charter Members of the Chapter and Lodge are; Chapter-- Dea Ray Ramsey, Molly Ramsey - Hiller, Betty Wisniewski, Peggy Brisbill- O'Brien and Marla Nyberg- Qurosa. Lodge--Olimpio (Limpy) Deherrera.
Stop by the Lodge and look through the Scrapbooks and you will be amazed at what this Lodge and Chapter has accomplished in the past thirty years.
May God Bless each and every one of you with Health, Happiness and the Spirit of Well Being.